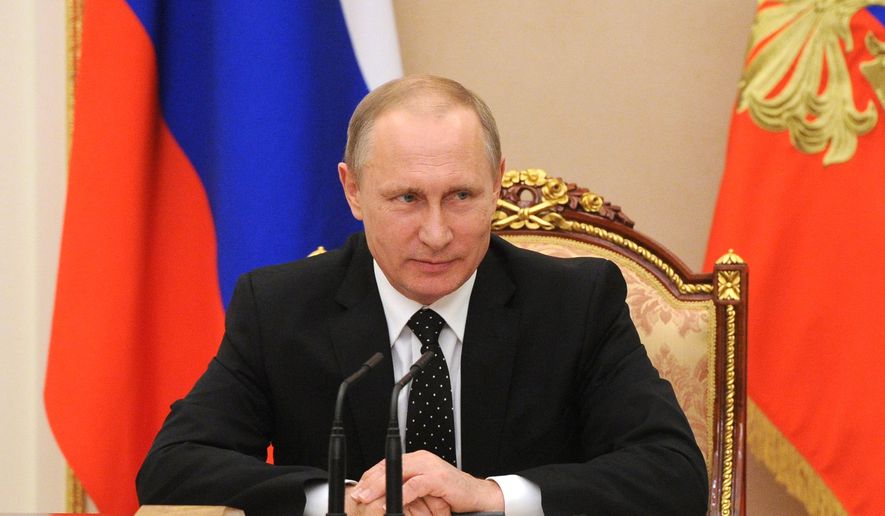 Kremlin spokesman Dmitry Peskov rejected accusations that his government was behind the recent intrusion that resulted in thousands of sensitive emails being published Friday by WikiLeaks.

“Overall, we still see attempts to use — manically use — the Russian issue during the U.S. electoral campaign,” Mr. Peskov told reporters Tuesday, according to Sputnik, a news agency operated by the Russian government.

On Monday, Republican presidential candidate Donald Trump tweeted that blaming Russia for the breach was a “joke,” and said he doubted the Kremlin had any part in the hack “because Putin likes me.”

Days after the DNC leak turned the Democratic Party on its side, several cybersecurity companies, in addition to Clinton aides, have suggested Russia was likely responsible for hacking the DNC.

Even if Mr. Putin personally carried out the breach, however, experts would have a hard time linking the Russian government with supplying those emails to WikiLeaks.

Julian Assange, the Australian hacker who launched WikiLeaks nearly a decade ago, told NBC News on Monday that “there is no proof of that whatsoever” when asked if Russia supplied his website with the hacked emails.

Asked for his take Tuesday, Foreign Minister Sergei Lavrov deferred questioning from an American journalist who raised the question of possible Russian collusion.

“I wouldn’t like to use English four-letter words,” Mr. Lavrov responded when asked about the hack, Bloombergreported.