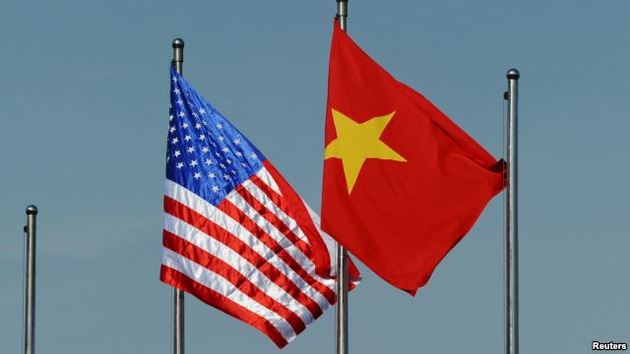 STATE DEPARTMENT – The United States is reviewing its current arms transfer policy to determine if a full lifting of the arms embargo on Vietnam would better reflect developments of relations between the two countries.

While Washington is continuing a ban on non-maritime lethal weapons transfers to Hanoi, it “can be modified to reflect changing circumstances,” State Department Bureau of Political-Military Affairs spokesman David McKeeby told VOA on Monday.

Murray Hiebert, regional expert of the Center for Strategic and International Studies, told VOA on Monday that there is “quite a bit of discussion happening in Washington right now,” especially when Vietnam is working closely with the U.S. on issues such as maritime security “in the context of China’s increasing assertiveness in the South China Sea.”

But he said even if the arms embargo is lifted in full, “it doesn’t mean Vietnam can actually, and will be allowed to, buy specific items.” Hiebert added the U.S. could still reject individual arms transfer applications going forward if there were serious violations of human rights.

The State Department said Malinowski will emphasize to his Vietnamese counterparts the importance of making additional progress on human rights to further ties. Malinowski also will urge Vietnam to release political prisoners without condition, and encourage further reforms that will help to make Vietnam’s laws consistent with its international human rights obligations.

In October 2014, the U.S. partially eased the ban to allow maritime security-related defense articles to be transferred to Vietnam, including patrol boats and reconnaissance aircraft.

But the partial lifting does not apply to lethal weapons that could be used for internal security purposes, or to commit human rights abuses.

Although the State Department noted progress made by the Vietnamese government in human rights practices, it also pointed out violations and abuses, including severe restrictions of citizens’ political rights, as well as arbitrary arrests and detentions.

The State Department takes the lead in the policy decision regarding a full lifting of the arms embargo on Vietnam, which is followed by interagency discussion within the executive branch and consultations with Congress.

Congress must be formally notified 30 calendar days before the administration can take the final steps to conclude a government-to-government foreign military sale, including major defense equipment valued at $14 million or more.

“There will be favorable conditions from 2016 to 2020 that should allow the two countries to increase defense cooperation,” Vietnam’s Ministry of Foreign Affairs Deputy Director General Lai Thai Binh wrote in a recent article published by CSIS’s Pacific Forum, adding that both Washington and Hanoi share “strategic interests in handling the South China Sea.”

The government of Vietnam has advocated for a full relaxation of the ban to reflect the level of trust between the two countries.