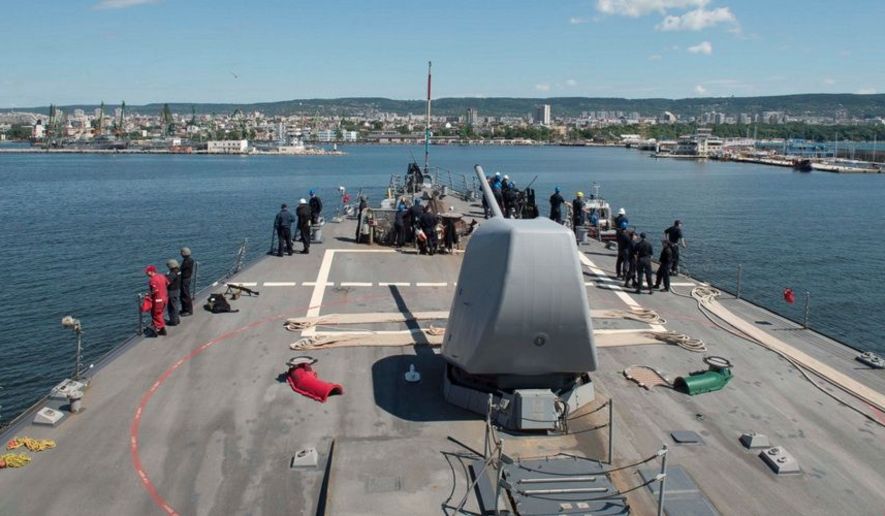 Russia’s foreign ministry on Friday said it would retaliate after a U.S. naval destroyer deployed to the Black Sea this week.

Andrei Kelin, a senior official in the Russian Foreign Ministry, told state-run media that Moscow will take action in response to the USS Porter’s arrival Tuesday in the Black Sea port of Varna, Bulgaria.

“From time to time, U.S. vessels enter the Black Sea. Obviously, we do not appreciate it and, undoubtedly, this will lead to retaliatory measures,” Mr. Kelin told RIA Novosti.

The U.S. Navy said earlier that the ship had docked during the course of regularly scheduled deployment in the midst of conducting operations “meant to enhance maritime security and stability, readiness and naval capability” with allies in the region.

As tensions between Russia and the U.S. remain high, however, Mr. Kelin called the ship’s arrival a “show of force” intended to intimidate Russia ahead of a NATO summit next month. The Navy on Wednesday also announced the planned deployment of two aircraft carriers later this month to the Mediterranean Sea.

“As regards [to] the overall situation, of course there is a definite increase and stoking of tensions in our relations,” the ministry official told RIA Novosti.

On the website of Pravda, a Communist-run media outlet, an unnamed Russian official warned that American forces wouldn’t stand a chance in the event that tensions escalated much further.

“Those ships that currently stay in the Black Sea would never be able to cause considerable damage to either the Black Sea Fleet of the territory of Russia, even if they wanted to. They would only have 5-10 minutes to live, if they showed aggression against Russia,” the anonymous official said.

Nations that don’t border the Black Sea can have no more than nine warships in the body of water at once, and for no longer than 21 days each, USA Today reported.