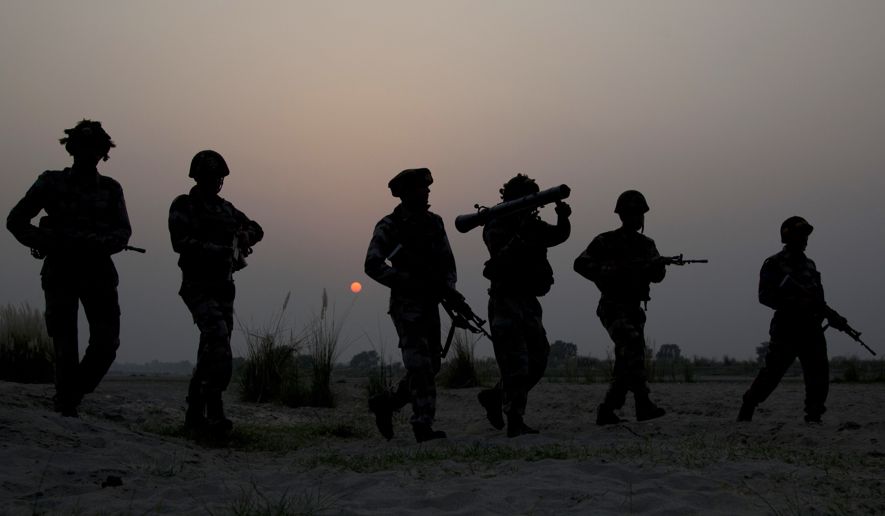 Pakistani Sen. Syed Mushahid Hussain detailed the growing ties with Moscow as India and Pakistan continue to fire salvos across the border in the disputed province of Kashmir, the spark for three previous wars between the nuclear-armed rivals. India dismissed the Pakistani move as another effort to escalate tensions in the region.

Mr. Hussain, who traveled to Washington on Tuesday as a special envoy to the prime minister, did not say when the bilateral military drills with Moscow would begin.

He also declined to comment specifically on what types of weapons Islamabad would be seeking from Russian weapons makers during his briefing at the International Republican Institute.

Pakistan’s military overtures to Russia, which was a major supplier of military hardware to India during the Cold War, were part of a “new regionalism” strategy being pursued by the Sharif regime, Mr. Hussain said. Islamabad is also proposing new infrastructure projects with China to open trade routes with their South and Central Asian neighbors, he added.

But countering India’s growing alliance with Washington was a driving factor in Islamabad’s decision to pursue stronger ties with Russia, he acknowledged.

“India has a veto” over Washington’s efforts to provide military assistance to Pakistan, Mr. Hussain said, citing the collapse of a multimillion-dollar deal by the U.S. to sell Pakistan eight F-16 fighters earlier this year.

Pakistan fears that Indian influence has pressured the Obama administration to “divert attention away from the [conflict]” in Kashmir and “scapegoat Pakistan” as the cause for the current unrest in the volatile province, he added.

New Delhi announced last Thursday it had carried out a series of airstrikes against suspected terrorist targets inside Kashmir, Reuters reported.

The strikes were in response to a Sept. 18 attack on an Indian army base in Uri, miles from the dividing “Line of Control” separating the Indian and Pakistani-controlled regions inside the province.

The response to the attack, which ended with 18 soldiers dead, is the first direct military action taken inside Kashmir by India since a 2003 cease-fire pact was reached between the two countries.

India’s military response was designed to “hold Pakistan accountable with the objective to make them stop giving support to terrorists” based in Kashmir, an Indian government official, speaking on background, said Tuesday.

The official made clear that New Delhi was specifically targeting known terrorist organizations inside Kashmir either involved in or tied to the September attack in Uri.

“It is too early to tell what has been achieved” as a result of the airstrikes, the official acknowledged, while noting “the success of India’s counterterrorism operations is absolutely in the interest of the United States.”

But the official did note that it was possible members of the Pakistani military or intelligence directorate training and advising the militant groups may also have been killed.

The Sharif regime characterized the attacks as unprovoked, claiming New Delhi is using the volatile situation in Kashmir as a way to extend India’s control in the province.

The dire situation in Kashmir is “not a cover to [support] terrorism,” the Indian official said. “If the message is to be in denial and counter such accountability [by Pakistan], then the world needs to see that.”

Indian rhetoric and actions in Kashmir are “creating war psychosis” that could spill out of control, said Sardar Masood Khan, the Islamabad-appointed president of Pakistani-controlled Kashmir.

“It threatens to plunge South Asia into a self-destructive war,” Mr. Khan told The Washington Times in an interview Monday.

Security analysts say the escalating tensions in Kashmir represent one of the globe’s security trigger points and a continual stumbling block to the Obama administration’s diplomatic and defense ambitions in the region.