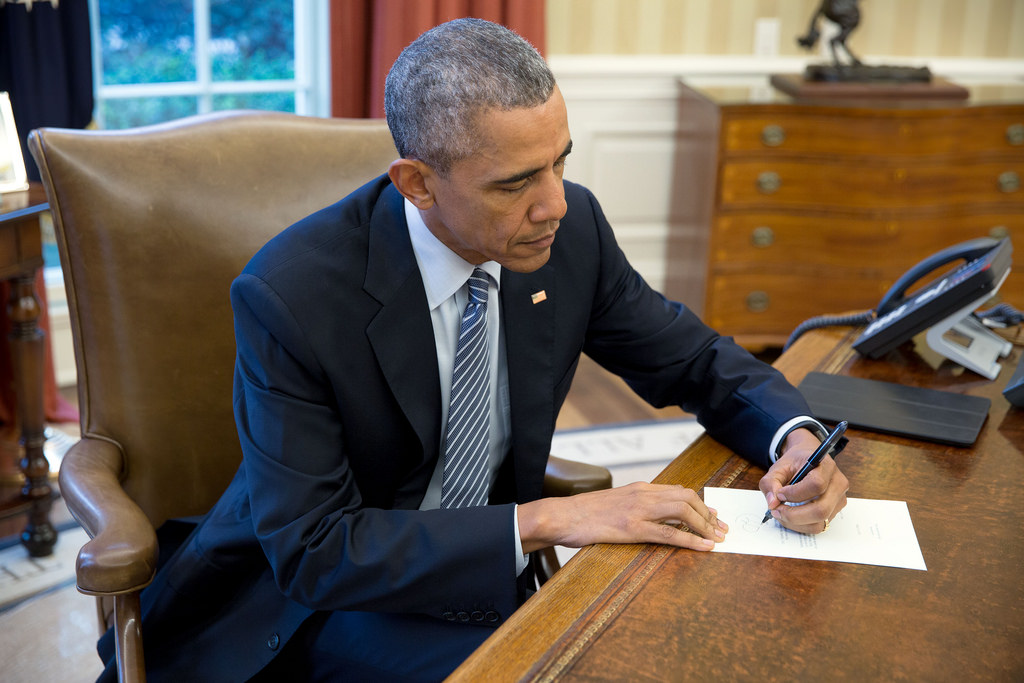 Congressional leaders of both parties have vowed a swift override of President Obama’s veto of a bill that would give families of victims of the Sept. 11 terrorist attacks the ability to sue Saudi Arabia, which would be the first such reversal of Mr. Obama’s presidency.

Mr. Obama said in his veto message Friday that he has “deep sympathy” for the families of the victims, but the bill would invite retaliatory lawsuits against U.S. personnel abroad and would weaken national security by allowing individual judges, instead of the executive branch, to designate foreign governments as sponsors of terrorism.

The legislation “does not enhance the safety of Americans from terrorist attacks, and undermines core U.S. interests,” Mr. Obama said.

Some lawmakers called immediately for Congress to override the veto, which requires a two-thirds vote. The House and Senate approved the measure by voice votes.

“It’s disappointing the president chose to veto legislation unanimously passed by Congress and overwhelmingly supported by the American people,” said Sen. John Cornyn, Texas Republican. “Even more disappointing is the president’s refusal to listen to the families of the victims taken from us on Sept. 11, who should have the chance to hold those behind the deadliest terrorist attack in American history accountable.”

David Popp, a spokesman for Senate Majority Leader Mitch McConnell, Kentucky Republican, told reporters that an override measure would come “as soon as practicable in this work period.”

Sen. Charles E. Schumer of New York, the No. 2 Democrat in the chamber and a sponsor of the bill, made the criticism bipartisan. He called the veto “a disappointing decision that will be swiftly and soundly overturned in Congress.”

“If the Saudis did nothing wrong, they should not fear this legislation. If they were culpable in 9/11, they should be held accountable,” he said.

Presidential candidates Hillary Clinton and Donald Trump said they would have signed the bill. Mr. Trump, the Republican nominee, called the veto “shameful.”

“That President Obama would deny the parents, spouses and children of those we lost on that horrific day the chance to close this painful chapter in their lives is a disgrace,” Mr. Trump said. “These are wonderful people, and as a lifelong New Yorker, I am saddened that they will, for now, not have that opportunity.”

Fifteen of the 19 al Qaeda suicide hijackers on 9/11 were Saudi citizens. Saudi Arabia has denied that its government or any of its top officials played any role in supporting or encouraging the attacks.

The White House said for months that Mr. Obama was likely to veto the legislation.

White House press secretary Josh Earnest said Friday that the administration doesn’t know whether Congress has enough votes to override the president’s veto. He said some lawmakers expressed concerns about the legislation privately but voted for it anyway.

With the White House acknowledging that a veto is politically unpopular, Mr. Obama launched into a defense of his administration’s counterterrorism strategies.

“Over the past eight years, I have directed my administration to pursue relentlessly al Qaeda, the terrorist group that planned the 9/11 attacks,” he said.

Mr. Obama said U.S. courts should not be allowed to determine whether a foreign government is a sponsor of terrorism.

“State sponsor of terrorism designations are made only after national security, foreign policy and intelligence professionals carefully review all available information to determine whether a country meets the criteria that the Congress established,” he said.

The president said the legislation “could encourage foreign governments to act reciprocally and allow their domestic courts to exercise jurisdiction over the United States or U.S. officials — including our men and women in uniform — for allegedly causing injuries overseas via U.S. support to third parties.”

He said the bill “threatens to create complications in our relationships with even our closest partners.”

“A number of our allies and partners have already contacted us with serious concerns about the bill,” Mr. Obama said.