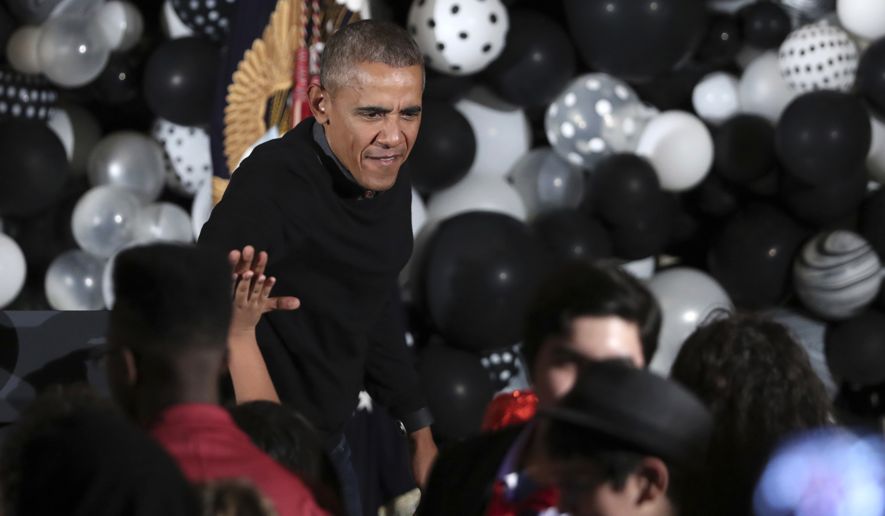 Obamacare’s biggest test is looming Tuesday when the fourth year of open enrollment begins amid skyrocketing premiums and ever fewer options, and as President Obama tries to solidify the law’s wobbly finances before he leaves office.

The federal Department of Health and Human Services is sending top officials to 15 states to try to urge sign-ups, and is using social media to try to rope in the young, healthy enrollees who have been reluctant to join up, sabotaging the law’s ability to make the budget math work.

Open enrollment will last until Jan. 31, just after a new president is sworn in to face the challenge of making repairs to a law all sides agree is struggling, but for which there’s no consensus solution.

Roughly one in five Obamacare customers will have only one insurer to choose from in 2017, and premiums tied to the Affordable Care Act’s “benchmark” plans are set to rise by an average of 22 percent nationwide.

“The first few days will be very traumatic for existing Obamacare exchange customers,” said Robert Laszewski, a health policy analyst from Alexandria, Virginia. “They are just receiving the rate increase letters from their insurance company and will be going to the exchanges to see if they can get away with something better than their big rate increase. Other than the very poorest with the good subsidies, they will be finding that there aren’t going to be a lot of good choices.”

Mr. Obama insists that customers will still be “pleasantly surprised” by what they find if they log onto the exchanges. He said the government’s subsidies will pay for the spike in premiums, and most customers will be able to find plans for less than $75 a month.

Obamacare’s subsidies haven’t cost as much as anticipated to date, so Mr. Obama wants the next administration and Congress to extend them to more middle-income Americans, even if critics say that is an unsustainable way to bolster the program if premiums continue to rise.

“The cost per person is going up sharply,” said Douglas Holtz-Eakin, president of the American Action Forum and former director of the Congressional Budget Office.

Minnesota Gov. Mark Dayton, a Democrat who raised eyebrows by saying Obamacare is “no longer affordable for increasing numbers of people,” isn’t waiting for a federal solution.

Last week he announced he is ready to call a special session and have state taxpayers pay up to $300 million to knock down premiums for 123,000 state residents who don’t qualify for Obamacare’s subsidies.

Other states are focused on the nuts and bolts of getting people covered under the existing program.

In Connecticut, where customers face an average premium increase of 17 percent, officials Monday said customers should act by Dec. 15 to hold coverage by Jan. 1 and avoid a gap in coverage in the new year.

Kentucky officials and insurers are using advertising and mailed notices to ensure that state residents use the federal HealthCare.gov website instead of the state-run “kynect” platform, which Republican Gov. Matt Bevin decided to end after his election in late 2015.

Nationwide, HHS estimates that 13.8 million people will buy plans in 2017 during open enrollment on the exchanges, compared to 12.7 million who initially signed up for 2016. That’s still short of the 15 million that congressional scorekeepers predicted just a few months ago, however, leading some to think interest in Obamacare is stalling.

“Honestly, I think it’s going to be about the same as last year,” Mr. Holtz-Eakin said. “The exchanges have pretty much just flattened out.”

Republicans in Congress say it’s time to start over.

“Open enrollment is now essentially two dismal choices: People can either pay sky-high premiums for a plan they don’t want or need, or pay a penalty,” said Rep. Kevin Brady, Texas Republican and House Ways and Means Committee chairman. “Instead of being forced into a failing system, the American people deserve real health care choices.”