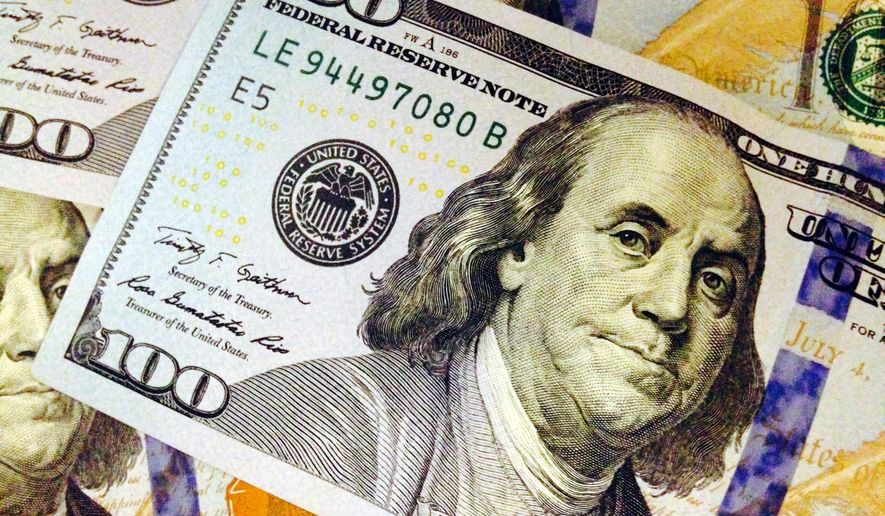 Nostalgia: national debt was $9 trillion in 2007

There once was a bumper sticker which read “Don’t tell Obama what comes after a trillion.” For the curious, a quadrillion comes after a trillion, and it has 15 zeroes after it — a useful thing when charting the expansion of the national debt, which has reached $20 trillion according to meticulous Terence P. Jeffrey, editor-in chief of CNSNews.com, who spotted the phenomenon on Friday at the Treasury Department’s website.

Meanwhile, the Oxford Dictionary advises that the big number designations which follow quadrillion — quintillion, sextillion, septillion, octillion, nonillion and decillion — are not likely to appear in any financial context too soon.

“These numbers are simply so large that their use is fairly infrequent, especially above sextillion, after which you see example sentences like this one, which appears on OxfordDictionaries. com: ‘Naturally occurring wormholes, if they exist at all, are likely to be extremely small, about 10 septillion times smaller than a typical atom.’ Basically, you are in wormhole country from there on out,” the esteemed dictionary notes.

The Federation for American Immigration Reform is weary of “gross exaggerations and downright lies” about the Deferred Action for Childhood Arrivals, or DACA — often used by activists or the media to portray President Trump’s attempts to amend the program as inhumane. The non-partisan interest group is determined to end the “misinformation campaign,” right the record and identify “the most common whoppers” cited by open borders advocates.

On claims that DACA protects children: “The program is not intended for children, or kids, or babies, at all. The average DACA recipient is 23 years old, with the oldest being 36. The majority of DACAs are in their 20s and 30s. And you can’t even apply for DACA until you reach the age of 15, which underscores that fact that it’s a program to supply work permits and other government goodies to illegal aliens.”

On claims that ending DACA is arbitrary and cruel: “President Obama, who implemented the program, made it clear that there would be no assurance that it would extend beyond the life of his administration. President Trump was forced to act on DACA by September 5 because of a pending lawsuit by 10 states was set to be filed on that date. DAPA, a sister program to DACA, was struck down by the courts after being challenged by 26 states that included the states threatening to take legal action against DACA. The wind down period for DACA will extend over a period of two and half years.”

MITT’S NOT DONE YET

Mitt Romney has maintained his old presidential campaign website, complete with a noble personal quote and a nice portrait of himself. It could get active. Soon. Mr. Romney is considering a run for the U.S. Senate in Utah according to persistent rumors and a viable claim from UtahPolicy.com, which follows the insider stuff in the Beehive State.

“In a hypothetical 2018 U.S. Senate contest, Mitt Romney runs much stronger than other Republican candidates against Democrat Jenny Wilson,” according to the group’s new voter poll. “If the election were held today, Romney would get 64 percent of the vote, while Wilson (the leading announced Democratic candidate) would get 26 percent. Ten percent were undecided.”

It all hinges on Sen. Orrin Hatch, who has been in office since 1977 and is now 83. Mr. Romney will run should Mr. Hatch retire — a decision he will make in October, according to Utah Policy. But this palace intrigue has been percolating for five months, ever since Mr. Hatch had a word with The Atlantic.

“If I could get a really outstanding person to run for my position, I might very well consider retiring. Mitt Romney would be perfect,” Mr. Hatch told the magazine in April, prompting immediate hubbub.

BRAT WAS RIGHT ABOUT JOURNALISTS

Rep. David Brat recently appeared on MSNBC and claimed that 97 percent of the political donations made by members of the mainstream media went to the Democratic Party. The Virginia Republican — who has a PhD in economics from American University — suggested the donation patterns prompted journalists to offer positive coverage of Democratic matters. MSNBC host Craig Melvin begged to differ, and denied there was a “liberal bias.”

“Is Brat correct about journalist donations to the Democratic Party? Yes,” reports Ballotpedia, an online source for American politics. “Brat based his claim on the results of a Center for Public Integrity analysis, which found that more than 96 percent of the donations from journalists to either Clinton or Trump between January 2015 and August 2016 went to Clinton.”

Just to make sure, the group reviewed three other analyses of contributions from donors identified as journalists to find that a majority of their donations benefited Democrats or liberal causes.

• 86 percent overall consider North Korea to be unfriendly or an enemy; 89 percent of Republicans, 82 percent of independents and 88 percent of Democrats agree.

• 71 percent overall approve of direct negotiation between the U.S. and North Korea to end its nuclear program; 71 percent of Republicans, 64 percent of independents and 76 percent of Democrats agree.

• 50 percent support U.S. military action against North Korea to end the program; 72 percent of Republicans, 45 percent of independents and 38 percent of Democrats agree.

• 39 percent overall approve of the way President Trump is handling the matter; 76 percent of Republicans, 33 percent of independents and 16 percent of Democrats agree.