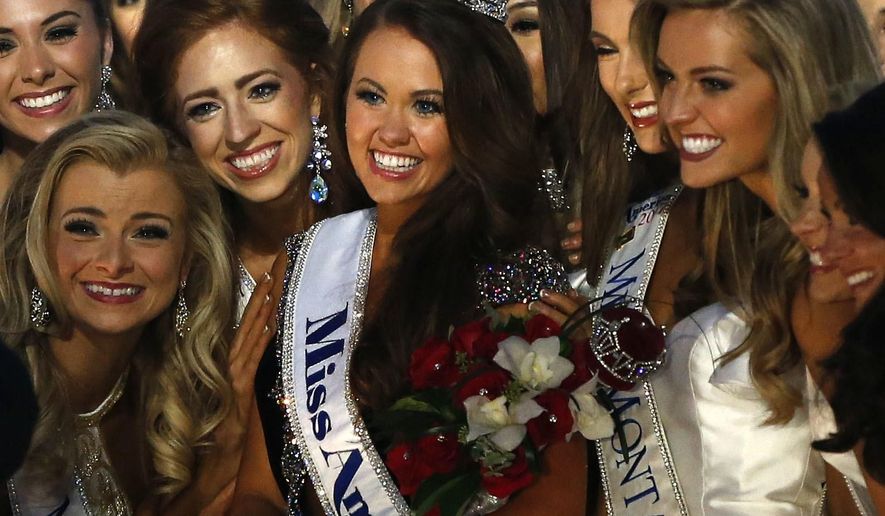 Even the Miss America pageant is political now

In this day and age, when every single Hollywood award ceremony and every daytime talk show and even TV commercials are now political, of course it makes sense that beauty pageants should be, too.

With Texas and Florida devastated by hurricanes and the 16th anniversary of the worst terrorist attack on America coming the next day, ABC could have made the annual Miss America pageant on Sunday night an escape from reality, if just for a moment. Instead, the network went hard core into politics, asking loaded questions to contestants that all but begged the beauties to bash President Trump.

The political tone started with judge Jordin Sparks asking Miss Missouri, Jennifer Davis, about the allegations that the Russians influenced the 2016 presidential election.

Sparks: “There are multiple investigations into whether Trump’s campaign colluded with Russia on the election. Well, did they? You’re the jury: guilty or innocent and please explain your verdict.”

Davis: “Right now I have to say innocent, because not enough information has been revealed. We are still investigating this and I think we should investigate it to its fullest extent. If we do find the evidence that they have had collusion with Russia, the justice system should do their due diligence and they should be punished accordingly.”

For the record, the crowd cheered when Miss Davis said “innocent.”

Menounos: “One hundred and ninety-five countries signed the Paris Agreement, in which each country sets non-binding goals to reduce man-made climate change. The U.S. is withdrawing from the agreement citing negligible environmental effects and negative economic impact. Good decision, bad decision? Which is it, and why?”

Mund: “I do believe it’s a bad decision, once we reject that we take ourselves out of the negotiation table. And that’s something we really need to keep in mind. There is evidence that climate change is existing so whether you believe it or not, we need to be at that table and I think it’s just a bad decision on behalf of the United States.”

“Out of the negotiation table”? Huh.

Of course, Mr. Trump pulled the U.S. out of the accord, which was voluntary anyway and let the biggest polluters in the world off the hook. Gotta wonder when Miss Mund found the time to read the full agreement, but guess she has.

Then there was this, when Miss Texas, Margana Wood, said: “I think that the white supremacist issue, it was very obvious it was a terrorist attack. And I think that President Donald Trump should have made a statement earlier addressing the fact, and making sure all Americans feel safe in the country. That’s the No. 1 issue right now!”

Lipinski: “A recent poll found slightly over half of Americans favored leaving confederate statues in place while others want them removed. Keep them or get rid of them? What’s your vote and why?”

Schoeffel: “I don’t think the answer is to get rid of these statues. I think the answer is to relocate them into museums. Because we are truly defined by our country’s history, and I don’t think it’s something we need to forget. We need to always remember it and honor our history of America because it truly makes us who we are as Americans. But they should be moved to museums. Thank you.”

ABC got what it wanted. All but one answer followed the liberal line set out by the mainstream media, blaming Mr. Trump for nearly everything. Viewers once again had politics shoved down their throats — this time during a simple beauty pageant, wedged between the swimsuit competition and the final crowning.