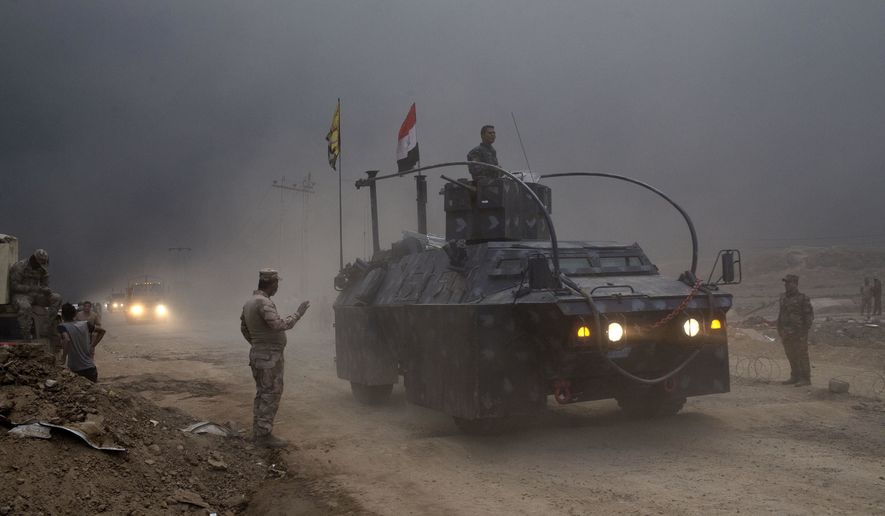 Donald Trump on Mosul: ‘Why can’t they win first and talk later?’

Donald Trump said he would sit down a military expert and “teach him a couple of things,” as Mr. Trump faces outside criticism for proclaiming the military operation in Mosul a “disaster” and decrying a lack of the “element of surprise.”

“You can tell your military expert that I’ll sit down, and I’ll teach him a couple of things,” Mr. Trump said in an interview that aired on ABC’s “Good Morning America” Thursday.

On Sunday, Mr. Trump had tweeted: “The attack on Mosul is turning out to be a total disaster. We gave them months of notice. U.S. is looking so dumb. VOTE TRUMP and WIN AGAIN!”

But some experts say Mr. Trump’s desire for the “element of surprise” doesn’t make sense in the context of the current offensive by U.S.-backed Iraq and Kurdish forces to drive Islamic State elements out of the Iraqi city.

“The Army War College — let me tell you,” Mr. Trump said in the interview.

Mr. Trump said as soon as the terrorists in the region heard they were going to be attacked, they left.

“The resistance is much greater now because they knew about the attack,” he said. “Why can’t they win first and talk later?”