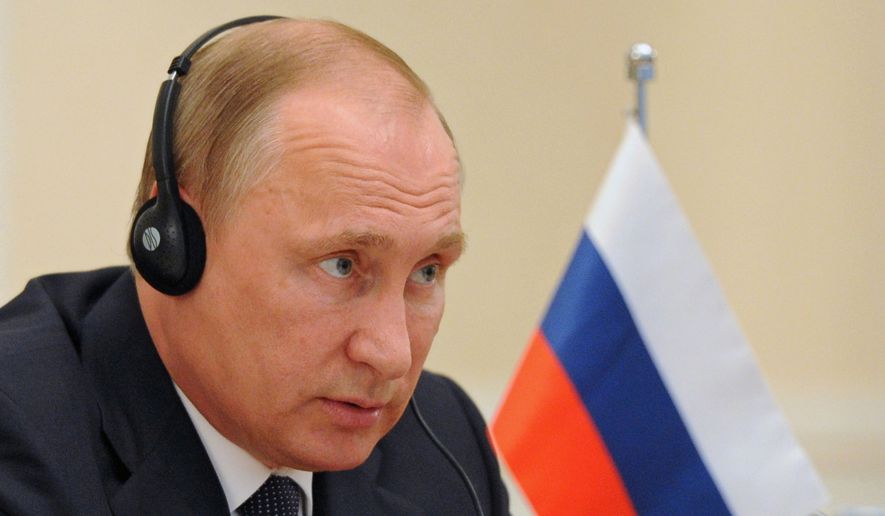 There has been a global outbreak of nervousness in the long run-up to Britain’s Brexit vote Thursday, with European Union politicians and heads of state apoplectic about the possibility of a member of the club saying no thanks and walking away from the utopia they have created.

International markets and traders have been on edge for weeks, the polls have only fed the uncertainty, and both sides are recalculating now as the votes are in.

But there is one place where they have been just sitting back and enjoying the show — Moscow. Russian President Vladimir Putin and the leadership of the Kremlin must be smiling. After watching their world fall apart thirty years ago, now they’re seeing the same thing is happening to the West. Leave or Remain — Brexit is just one symptom of this deeper dysfunction.

Simply the fact that Britain has tied itself in knots over EU membership is a huge win for the Kremlin and its domestic propaganda effort. The EU has been the shining city on the hill for wealthy and ordinary Russians alike. The Schengen agreement on labor mobility occupies its own special pedestal within Russia, since the ability to move around the European Union unimpeded holds a special place in every Russian’s heart.

The Kremlin has had a hard time convincing ordinary Russians that it’s actually better to stay in Russia. There has been a huge brain drain over the last decade which Mr. Putin is keen to reverse. Foreign capital also pours out of Russia into the EU, heading for the U.K. in particular.

Russia has worked actively to weaken the ties that bind the European Union together. The Russian security services are very active there, as well as in former Soviet territories such as Moldova and Ukraine. Russia has funded right-wing parties across the continent. The Kremlin has actively courted Eastern European countries and those on the periphery that have been harmed by Brussels’ reckless and overbearing policies. It is a given that Russia has supported Brexit in very covert ways, while operating with complete deniability. However, the Kremlin has been careful not to let this support become known to the press.

In addition to dimming the attraction for Russians to Europe, the Kremlin’s goal is to weaken the NATO alliance as well, which they see encroaching on Russia’s borders. Obviously, NATO did not threaten Russia in any way until Russia started acting more aggressively militarily. The alliance is a paper tiger at this point, and much of Moscow’s bellicose rhetoric is for domestic consumption primarily. However, if Mr. Putin can be seen as the man who reduced this perceived threat to the Motherland, all the better in the Kremlin’s eyes.

Shockingly, the EU has been only too happy to oblige. The bloc’s migrant disaster is a self-inflicted wound. The culture of Europe has been forever changed. I often wonder what German Chancellor Angela Merkel was thinking. But then I see the Obama administration doing the same thing and realize it’s simply the progressive agenda to destroy what made the West great in the first place — the whole culture that values the rule of law and security.

Mr. Putin comes out smelling like a rose from the whole Brexit ordeal. The propaganda trove is enormous. Surely there is more stress to come within the EU’s borders, as countries like Hungary and Poland ignore Brussels’ open-border agenda. However, at the end of the day, the thing that is killing the EU are its failing progressive policies. They don’t work — never have, never will. Isn’t it interesting that the sickness that killed the Soviet Union — political and cultural Marxism — is killing the European Union itself?