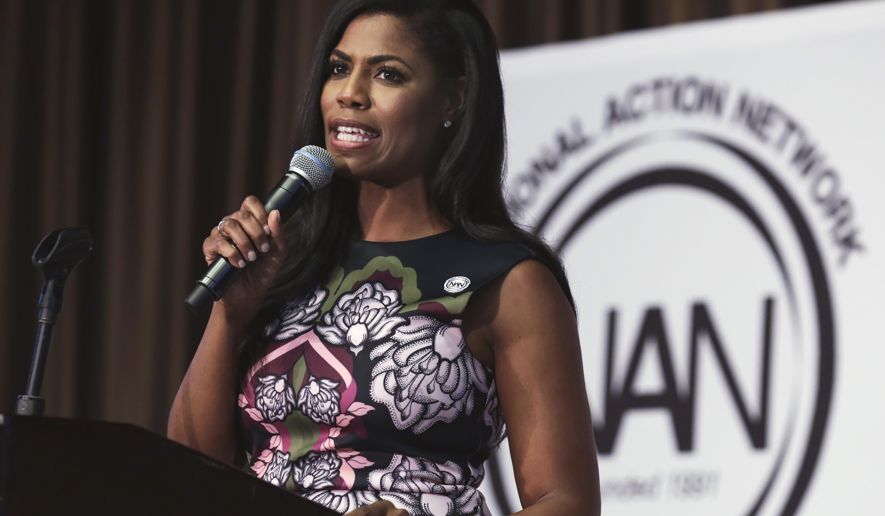 Aide: Blacks not trying hard enough to work with Trump

The White House aide delivered the pointed message in an interview with The Associated Press in advance of an appearance Thursday at the annual convention of an activist organization founded by the Rev. Al Sharpton.

“We’re here waiting, willing to work with the community,” Manigault said when asked about Trump’s moves to slash programs that benefit minorities. “This president wants to engage. It’s not a one-way street.”

She was more measured Thursday afternoon as she faced hundreds of black activists, who, like African-American voters across the nation last fall, overwhelmingly opposed Trump’s presidency.

Several participants refused to utter the president’s name in convention sessions, referring to the 45th president only by the number 45. Trump got just 8 percent of the African-American vote last November, according to exit polls.

“I’m ready,” Manigault told the crowd as some murmured their disapproval. “I know what I came into, and I ain’t never scared.”

She insisted she’s spent her first 100 days in Washington fighting for the black community. She noted that Trumphas met personally with the Congressional Black Caucus and the presidents of historically black colleges and universities.

Manigault called on black leaders to help the struggling institutions as well.

“As I fight for you from the White House, I need you to fight on the outside,” she said from the podium of a Manhattan hotel ballroom.

The audience listened to Manigault without interruption. Afterward, from the same podium, Sharpton expressed skepticism.

Sharpton told Manigault to deliver a message to the new president when she returned to Washington.

“I wish the president would respect us,” Sharpton said, dismissing Trump’s early black outreach as little more than photo ops. He added, “We, as blacks and women, are in the first 100 days seeing a disaster in Washington, D.C.”